The Kettle Belles – What Coaching 9 Women Taught Me 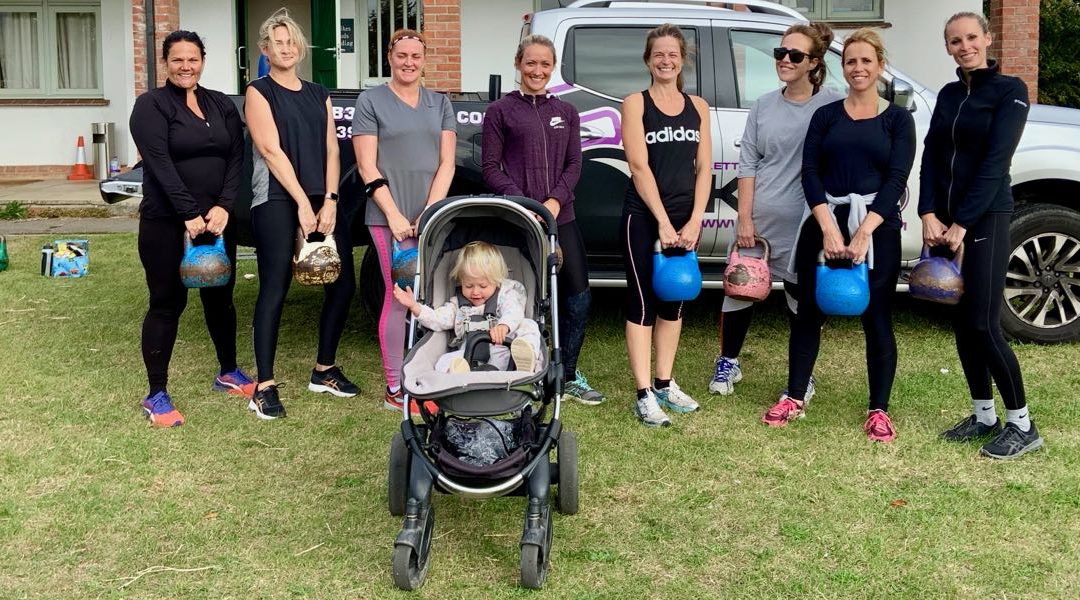 The Kettle Belles – What Coaching 9 Women Taught Me

As a coach I work with women all the time on a one to one basis.  However, when it comes to coaching kettlebells in a group the majority of my clients have been men.  I’ve never run a womens kettlebell class.  I don’t know why, it just worked out that way.  Testosterone, bad jokes, and banter!

I was approached by some friends, Sarah and Hannah, Mums in my village, about starting a daytime womens kettlebell class.  Initially I wasn’t keen, but the idea grew on me with some persuasion.

Having 3 children I know how much hard work kids can be.  So for a Mum trying to adopt a health and fitness regime on a regular basis isn’t easy.  Let’s face it, the majority of fitness providers are young, don’t have kids and often live at home with Mum and Dad, so they don’t have much empathy.

I came up with the concept of the Kettle Belles and put  a lot of thought and planning into it, putting myself in their shoes.  What would I want and what would put me off.

I didn’t want to run the usual bootcamp barking orders I wanted something that would inspire, build confidence, get results and form friendships.

It was D-Day and my first womens kettlebell class.  Laura, Sarah, Sasha, Hannah, Gwenda, Kirsty, Louise, Sally and Nicola had arrived, the first session.  All the girls had paid up for the term and there was no backing out now.  I won’t lie, despite having over 25 years of coaching experience I was nervous. 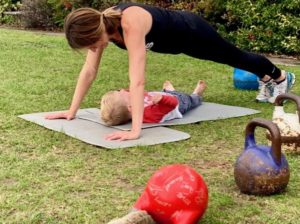 Before we started I made them all 3 promises.

The process of having kids and giving birth is hard enough.  I didn’t want them to worry about running to the loo every 5 minutes.

I wanted to build their confidence ,not shatter it.  If you go to any bootcamp burpees are a staple punishment exercise.  Any coach who reverts to burpees every 5 minutes shouldn’t really be doing the job.   It’s the quickest way to put people off or injure them.

Prepping food for a family with fussy kids is tough enough.  Being told you need to eat chicken and broccoli 5 times per day won’t help matters.  Some simple guidelines will do.

So we’re now a few terms in and I’ve been so impressed on the how they’ve improved week on week.  Not just their fitness but the kettlebell skills they’ve developed.

If they’re working and there is conversation flowing don’t interrupt!  It’s like walking onto a motorway and trying to stop the traffic.  Let the dynamic of the group flow to get the most out of them.  It’s social as well as physical.

Women are just as bad as men when it comes to banter and innuendos.  I haven’t laughed so much in ages and learnt a few things too.  Laughing is just as important as the exercise.  They started talking about the Christmas Party and to be careful as I might wake up naked in a field somewhere.

It’s not a sexist or dated concept but Mums prep a lot of food for their family.  Yes there will be Proseco and chocolate in there somewhere but that’s ok.  Encouraging cooking from scratch is healthy. (I’ve picked up some great recipes.)

“Sorry I can’t make it, my kids sick”

Stuff happens.  A father of 3 I know this!

Kids throw up at the drop of a hat or have a melt down just as you’re about to walk out the door.

Child care isn’t always an option for some so designing a training session where it’s ok if little brother is there.  It’s OK if Charlie wants to lay under his Mum while she tries to do push ups, they’re both laughing and enjoying themselves, that’s all that matters. 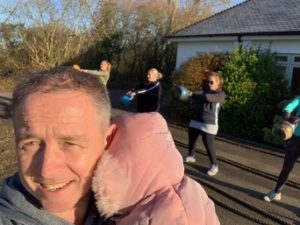 The Kettle Belles are becoming a formidable force!

If you’d like to join the next Kettle Belles enrolment or try a free taster session click here.

Have a great day.